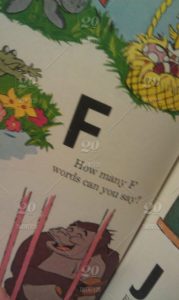 Okay people, so I’ve got a pretty hot topic that’s bound to stir a few ears.  As you may know we’re all about ethical clothing here on this blog.  The exact characteristics that constitute what’s ethical and what’s not ethical is, of course, very subjective.

When it comes to the discussion of clothing and ethics, a lot of people usually talk about the manufacturing of the clothes.  They typically talk about what the clothes are made of, who made them, where it was made, so on and so forth.  If people aren’t arguing about how and where clothes were made, then they’re fighting over how much or little of their body their clothes reveal.

We don’t often hear about the words that are displayed on clothing.  Swearing, in general, is certainly a hot topic that’s subject to much debate.  Whether or not one considers it right or wrong to swear, one has to wonder whether it’s okay to publicly wear clothing that displays swear words. 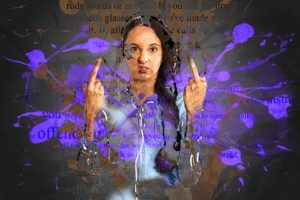 I would assume that people who despise swearing in general would not find any swear words on clothing acceptable.  I would say that it’s also safe to assume that people who love to swear and swear like sailors in their daily life would be perfectly fine with people wearing T-shirts saturated with F-Bombs.  Then, I believe there’s a large middle ground of people who may feel the same way I do and struggle with having a solid opinion on this subject.

Maybe you swear in your personal life and don’t swear in public, so you’re not sure what to feel about other people displaying cuss words on their shirt?  Or perhaps you swear all the time around your friends, but don’t dare to swear in front of kids?  Or perhaps you enjoy swearing, but just think it’s not classy to wear clothes that contain foul language?

No matter what your opinion, I think we can all agree that there is no clean-cut, black-and-white answer to this hot topic.  What do you think about wearing clothes that contain swear words?